The Republics of Benin and Niger have failed to meet the conditions for the reopening of Nigeria’s land borders, according to Punch.

This was stated by Lai Mohammed, the Minister of Information and Culture when he led a government delegation to the Seme border yesterday.

Judging from the rate at which goods were smuggled and the number of illegal immigrants arrested over the last two weeks, the Minister noted that nothing was done by the neighbouring countries to address the issues that led to the closure of the borders. 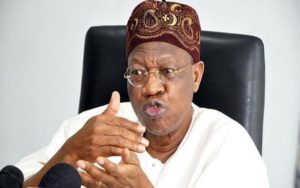 The Federal Government announced five conditions that would make it reopen the borders after the closure. One of those conditions is that Nigeria would turn down imported goods repackaged by neighbouring countries and brought to Nigeria.

Another condition requires immigrants to identify themselves by providing a passport. These agreements were reached during a meeting of the Inter-Ministerial Committee on the Temporary Partial Closure of Land Borders in Abuja.

In reaction to the killling of his revered general,the Iranian Authorities have announced on national television that it has...

About $400m has been invested in fintech firms in the country in 2019, according to the Central Bank of Nigeria....

The Federal Government currently owes its retirees over N400bn accrued pension rights, the Senate Committee on Establishment and Public Service...

The Federal Government is considering a complete restructuring of the N-Power programme and has explained reasons for the delay in...

The United Kingdom Security Agency has confirmed that it has shot down the man who stabbed several people on London...