The Armed Forces of the Democratic Republic of Congo has announced that it has launched “Large Scale Operation” on the militants who have terrorized the eastern region of the country for close to twenty-five years.

Spokesman of the Congolese Army, General Richard said: “The DRC armed forces launched large-scale operations overnight Wednesday to eradicate all domestic and foreign armed groups that plague the east of the country and destabilize the Great Lakes region.”

“The operation was launched from Nyaleke (Beni region), where artillery shelled rebel positions, Ground troops have been engaged since this morning, ” he added.

For about twenty-five years, the Beni region of the eastern region of the Democratic Republic of Congo has suffered violent attacks by armed militias.

The Beni region of Congo is being bordered by Uganda and Rwanda with most of the militias coming from both countries.

However, the affected Countries have agreed to pull military resources to ensure the militias are defeated.

The countries include Congo, Tanzania, Rwanda, Uganda, and Burundi.

Meanwhile, the United Nation (UN) peacekeeping have supported the DRC with troops in the region however, it has refused to back any foreign intervention by the country. 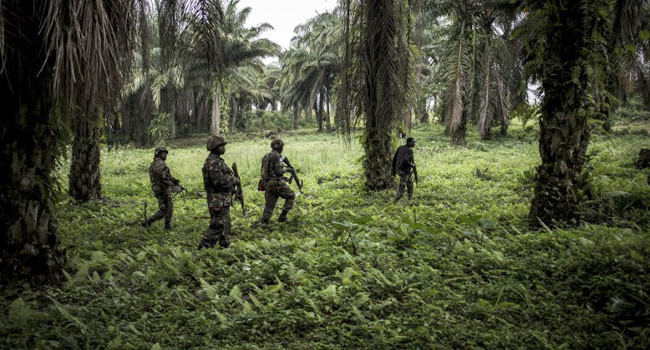 The scientists who developed the AstraZeneca/Oxford vaccine have said that it is more effective if there is an interval of...

Algeria is facing early elections after President Abdelmadjid Tebboune dissolved the legislature on Thursday, adding in a broadcast statement that...